Press
Our recent project is on the Architectural Digest Cover

Memories of his ancestral home helped architect Oleg Klodt create the interior where his own children are now growing up.

Oleg Klodt and Anna Agapova love interiors with a story. Most of the time they have to recreate this atmosphere from scratch, which in a new-built house means bare walls.

As Oleg Klodt himself admits he would never purchase a property in a newly built development for himself, he chose an apartment in the four-storey house near Gruzinskaya street, Moscow for two reasons: high ceilings and the number of windows.

“A bathroom window is very important for me, and this bathroom has two” – says the architect. There are no curtains on the windows but instead they are fitted with wooden shutters. “I wanted to keep it airy and emphasise the arched windows so nothing gets in the way.” – explains Oleg.

One of the aspects that makes the architect’s home different from the projects he works on for his clients is that everything is simpler and more earthy. For example, the oak floor boards are deliberately rougher and instead of a fire place there is — unexpectedly for a city-dwelling — a stove.

“Our first thought was to put a fireplace in the corner, but I didn’t want to have an ordinary corner fire place as a centrepiece of the reception room” says the architect. “In the meantime we went on holiday to the Italian Alps with the children. The snow falls were so bad it was impossible to ski. We went for a walk and found ourselves in a restaurant where they had a stove like the one on the picture and immediately agreed that this was exactly what we needed”.

The apartment itself helped to create a story behind the interior. Two arch shaped alcoves were discovered during the refurbishment works. Oleg decided to convert them into accentuated niches rather than hiding them. One can be found in the master bedroom and another one in a children’s room.

The apartment has 4 bedrooms and is occupied by 3 of the architect’s children aged eighteen, sixteen and fifteen.

Therefore, the apartment is equally divided into areas: private quarters and a spacious reception which also has three areas branching off it – study, hallway and kitchen. The study room is designed in darker colours, hence looks visually separated from the reception, and the kitchen is partly “dissolved” in the space. The centrepiece of this area is a large wood-covered island with an original pending light fixture above it.

The lack of a large group of sofas makes this apartment different from others. The only small sofa is hiding by the wall next to an antique cupboard.

The centrepiece of the reception room is a large dining table, not a TV-set. There are none in the entire apartment. The family spend a lot of time at the table, talking and playing board games. Oleg Klodt says that the apartment’s occupants passed the self-isolation challenge with flying colours. 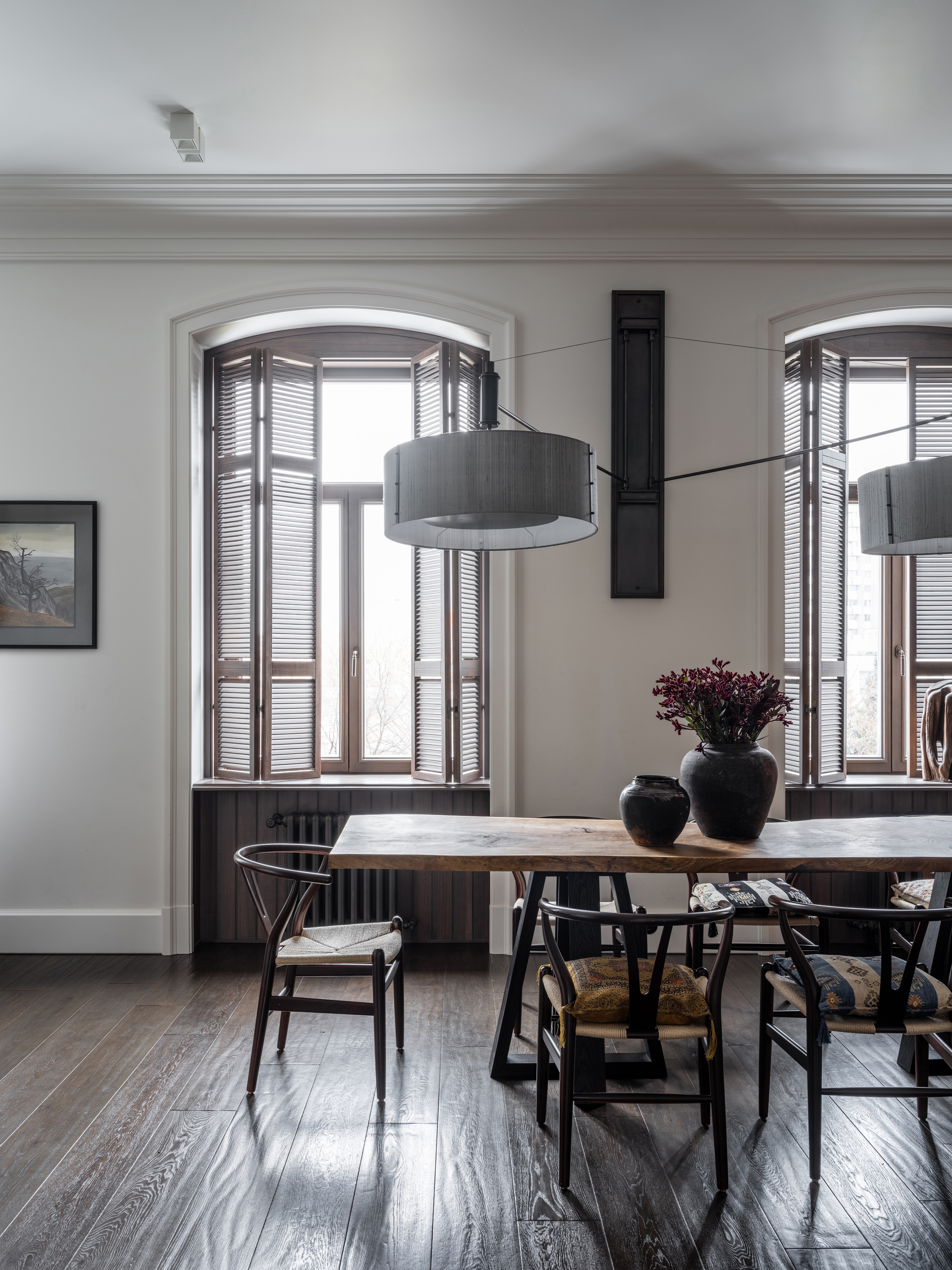 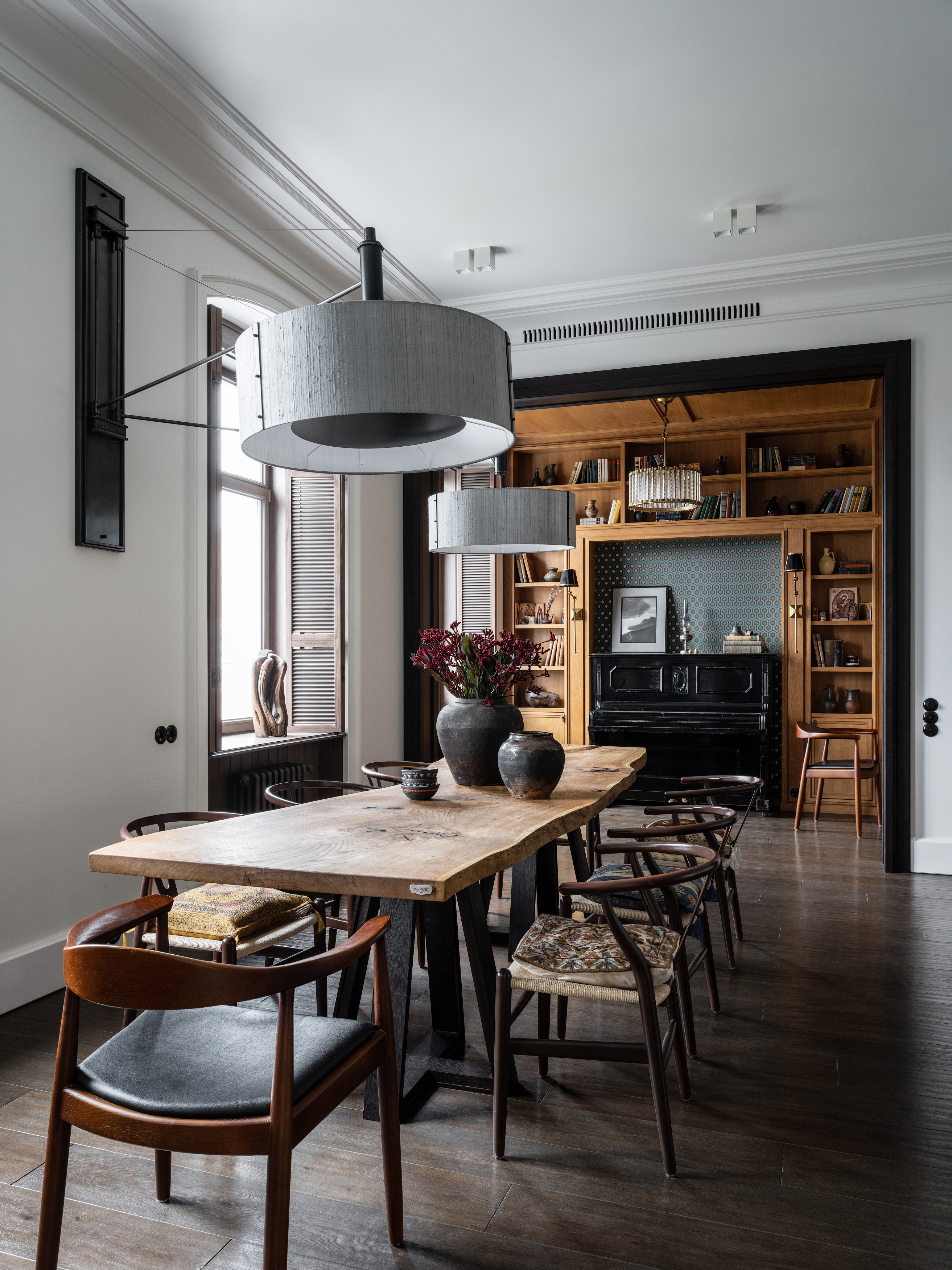 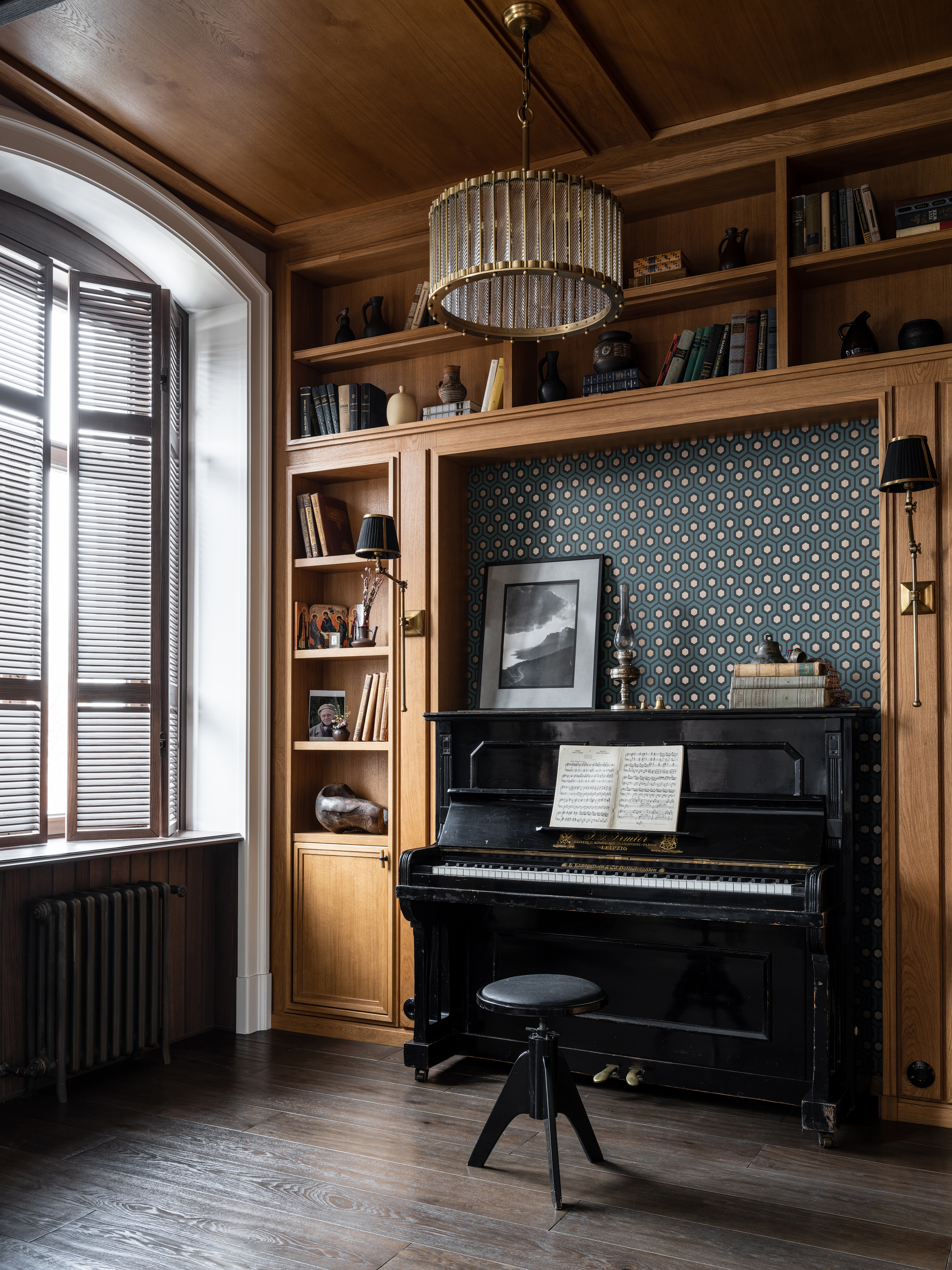 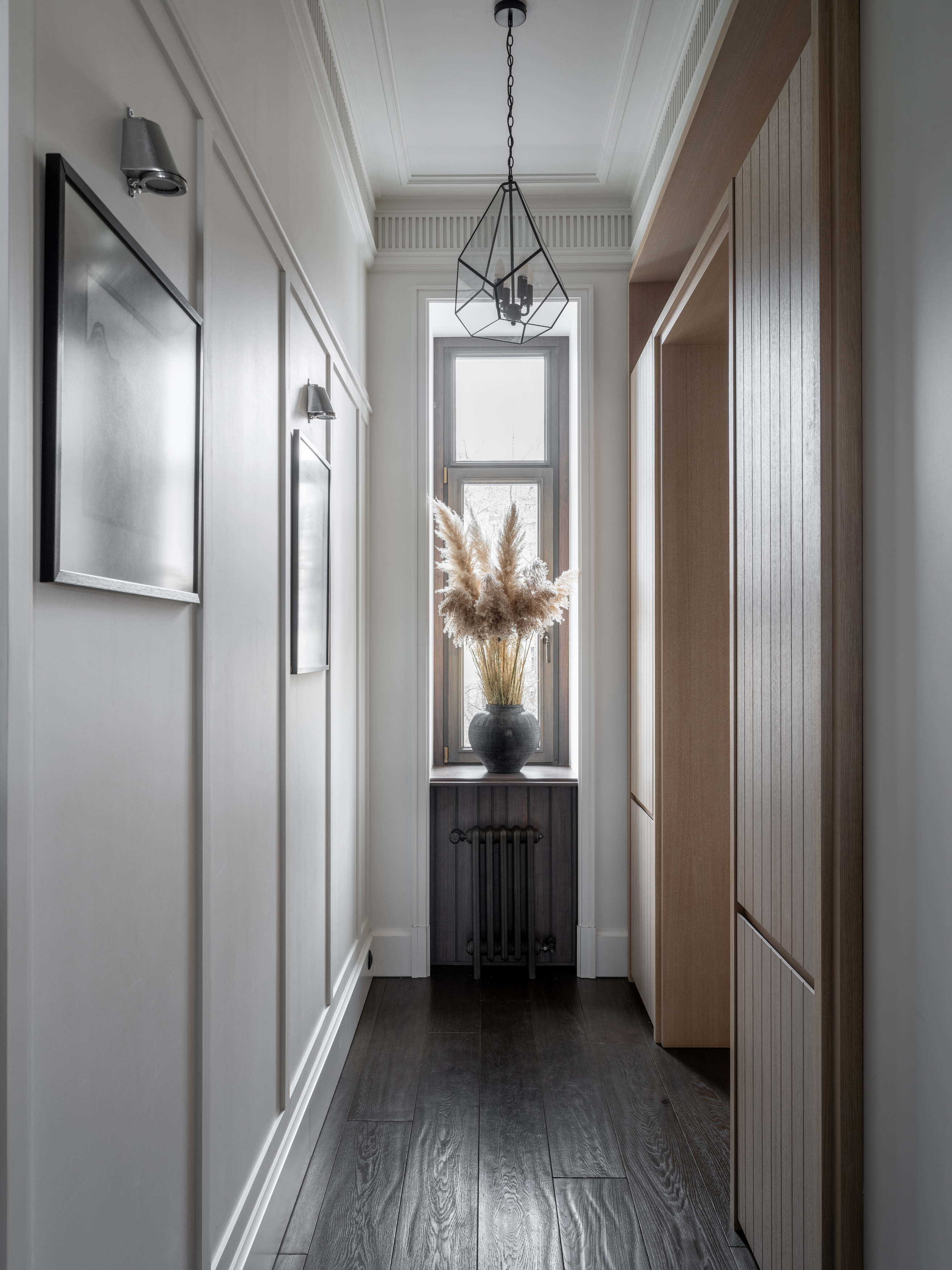 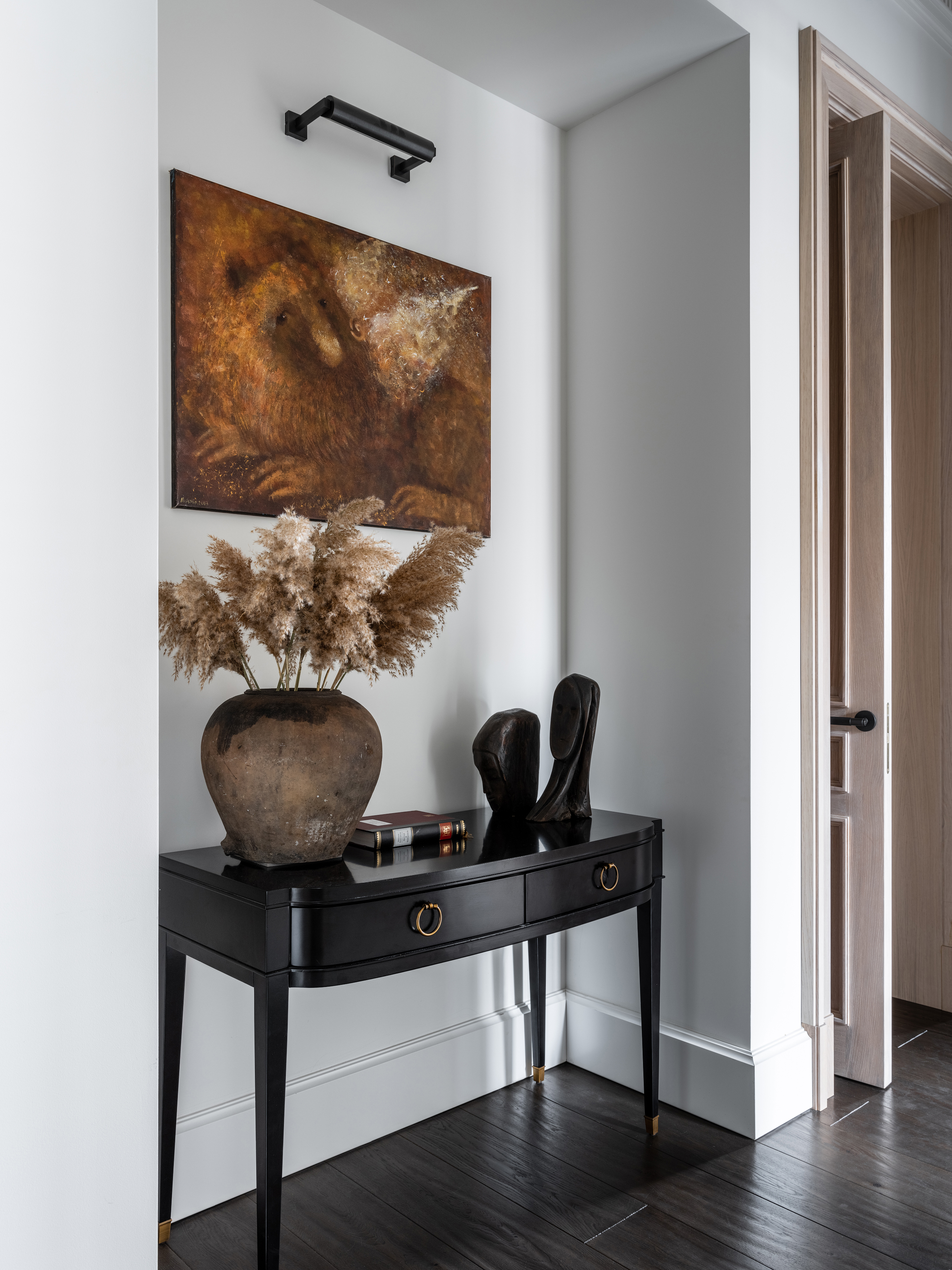 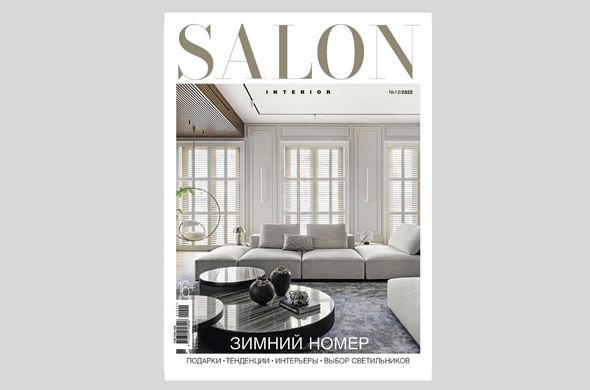 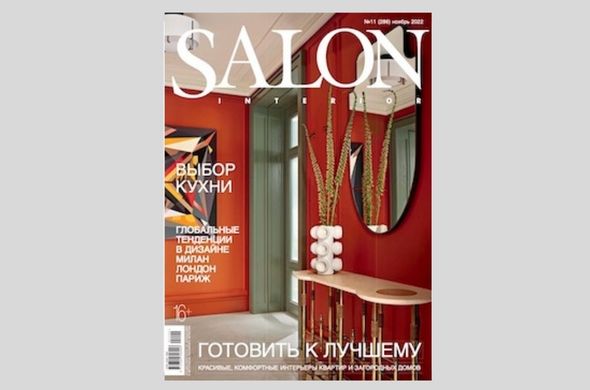