Discovery Park residential complex is built in a picturesque area in the north of the city. Four 30 storey buildings are named after great minds who made great discoveries: Mendeleev, Newton, Aristotle and Da Vinci.

When starting our project we drew inspiration from Sherlock Holmes’s virtual trips through his “mind palace” (the Sherlock played by Benedict Cumberbatch in the BBC television series). The creators of the series demonstrated the way he built the picture in his mind using images, events and facts and combining all of those arrived at the only possible conclusion. The design of foyers and entrance halls is our attempt to recreate the mind palaces of humanity’s greatest minds. 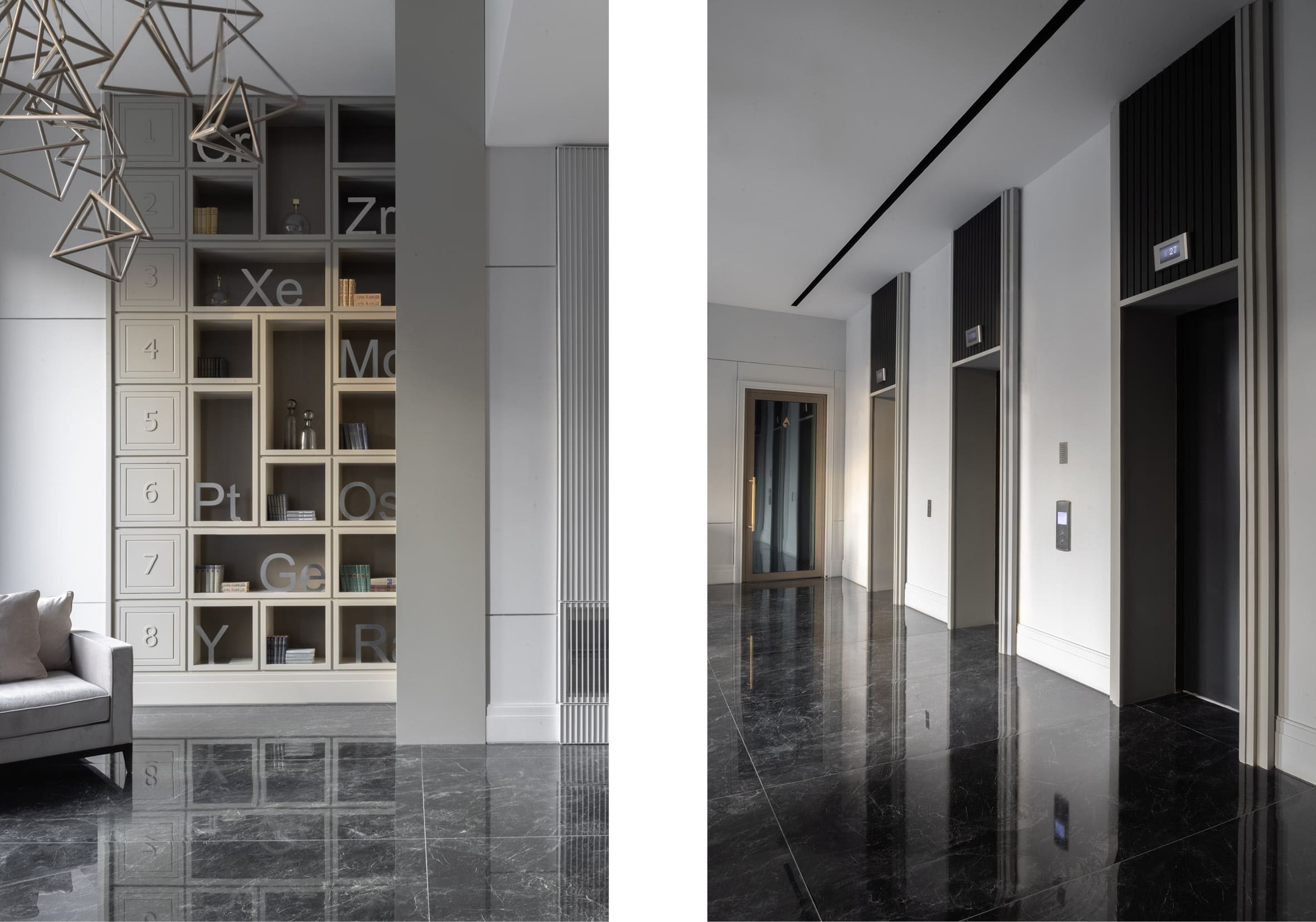 Anna Agapova, the creative director: “Apart from direct references to the great scientists, when designing the interior of entrance halls and lift foyers we wanted to embody an idea that would bring together the entire complex and would be universal. Bookshelves became the key design element. Just like the stylobate that connects all four buildings, they offer a finishing touch to the foyer interior of the entire Discovery Park residential complex. Anyone entering the foyer catches a glimpse of the bookshelves and slows down, switching to a state of calm and the comfort of home”. 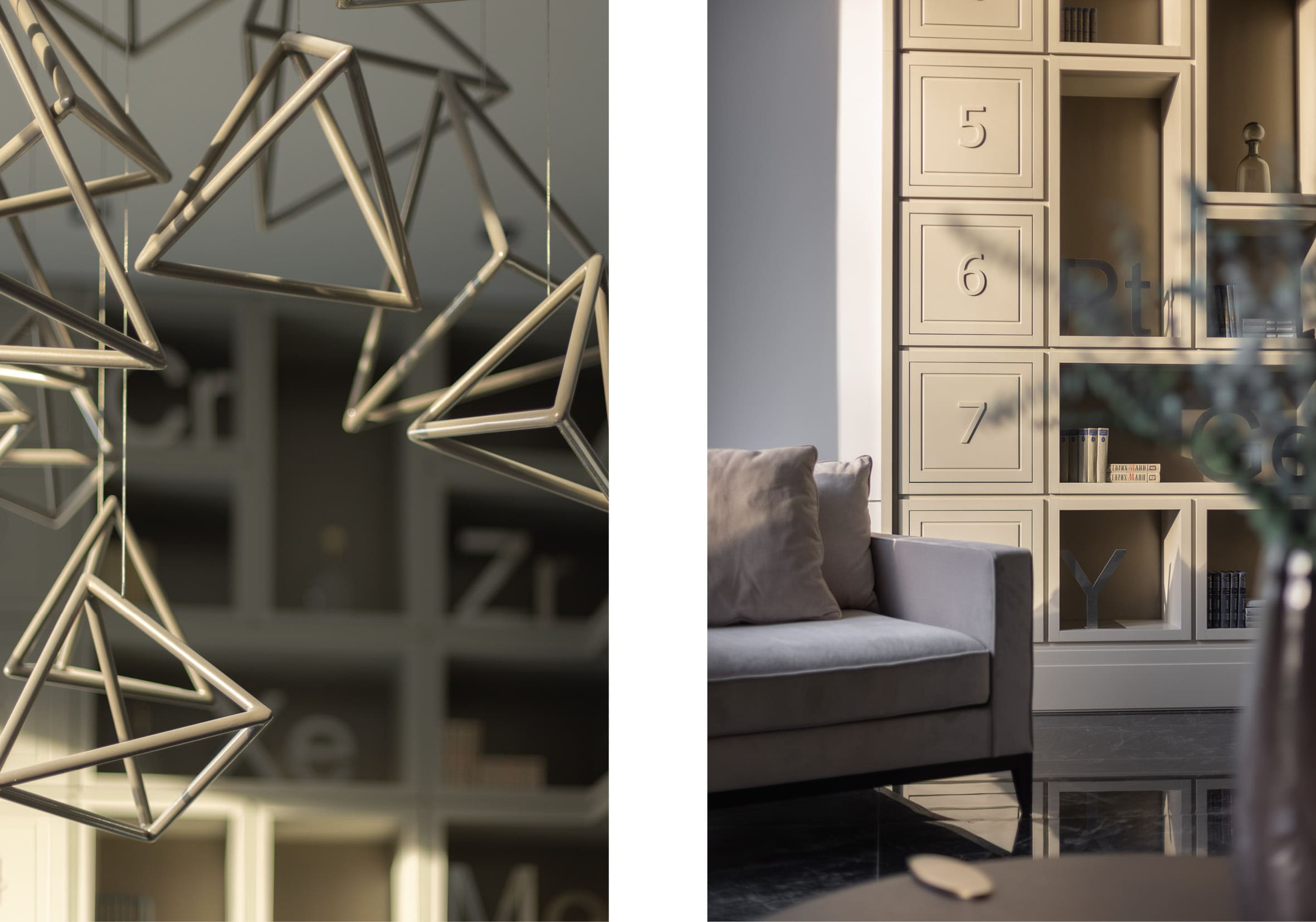 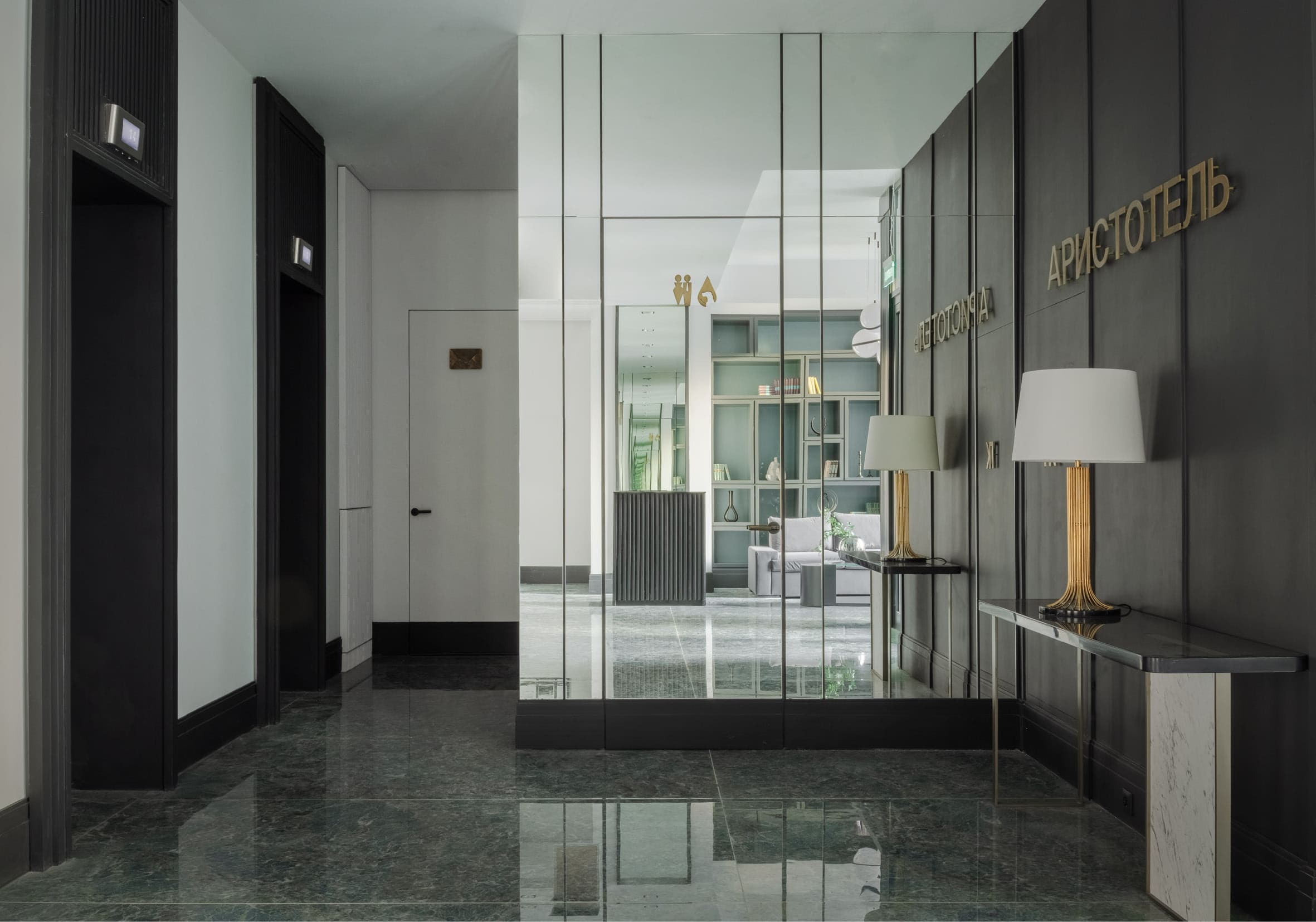 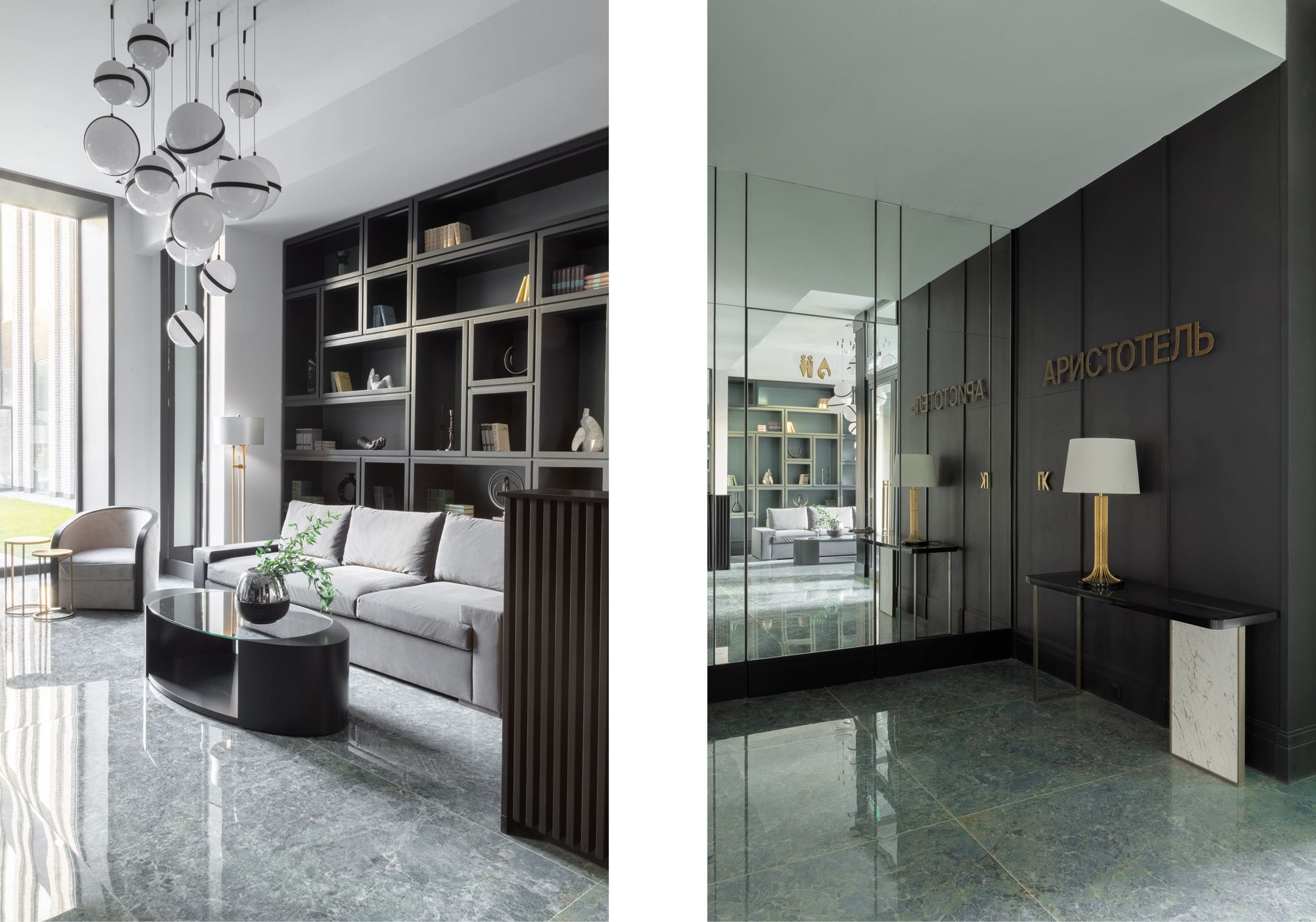 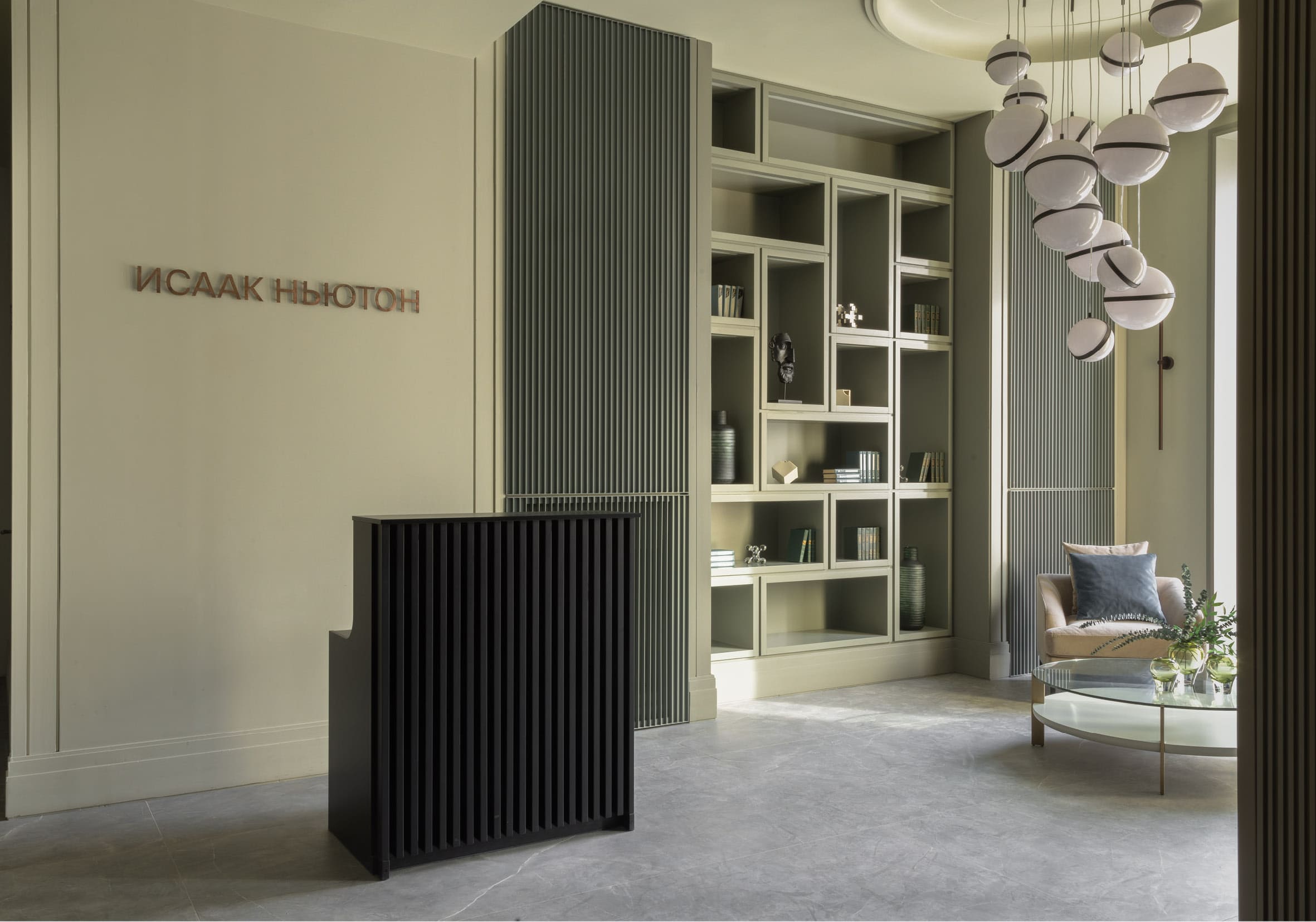 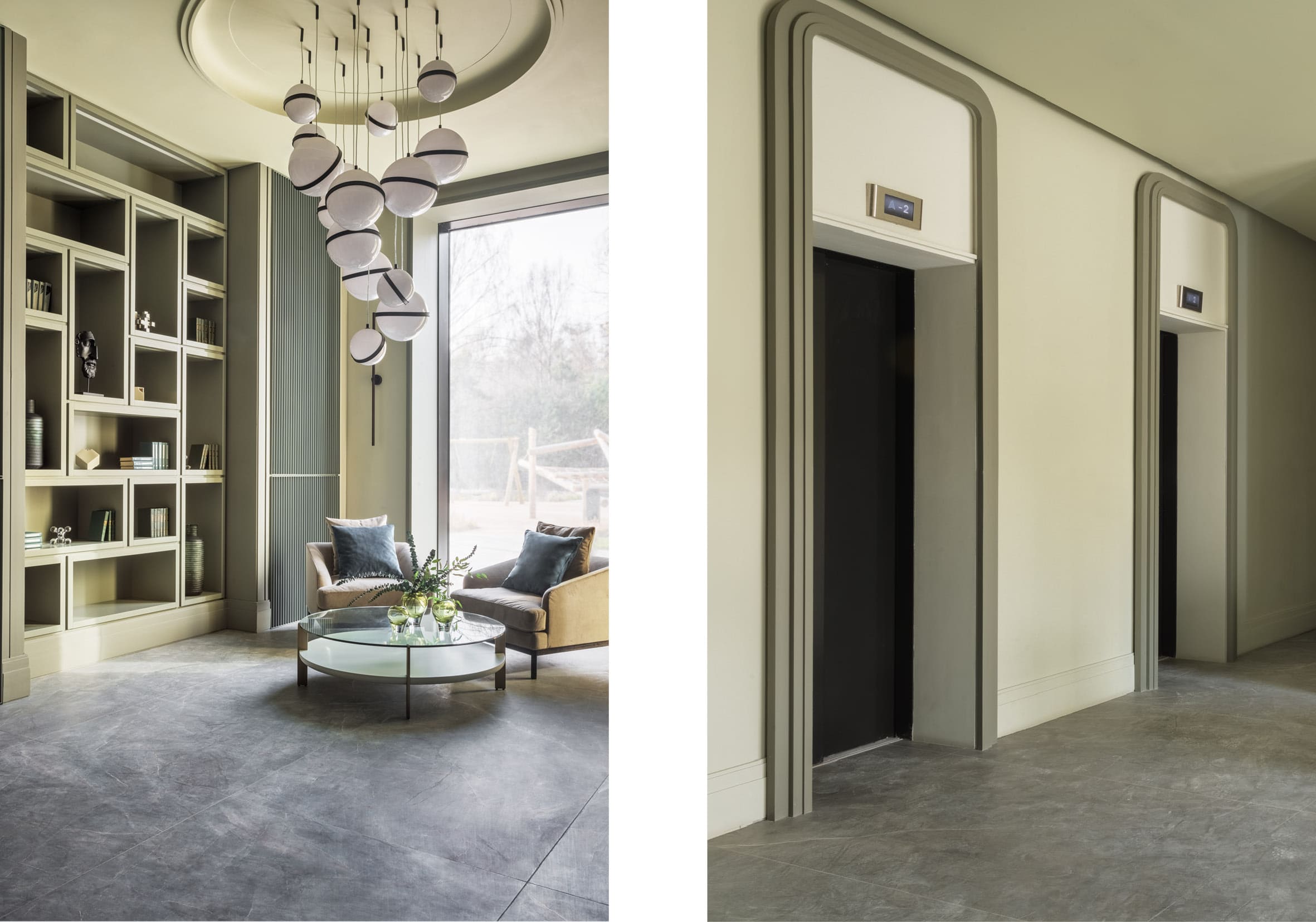 A propeller in the vestibule of the Leonardo da Vinci Tower is a metaphor for striving for knowledge, achievement, progress and dreams, in harmony with the exterior of the soaring tower as well as the values of those people who will choose this residential complex to be their home. The bookshelves design of the Mendeleev tower was inspired by the Periodic Table of the Elements. The elements are crafted from metal and are the main decorative features of the bookshelves along with the test tubes. The Isaac Newton tower features an installation depicting his main scientific discovery – Newton’s law of universal gravitation. Aristotle’s tower’s main interior feature is the moving celestial bodies in an installation based on designers’ drawings. 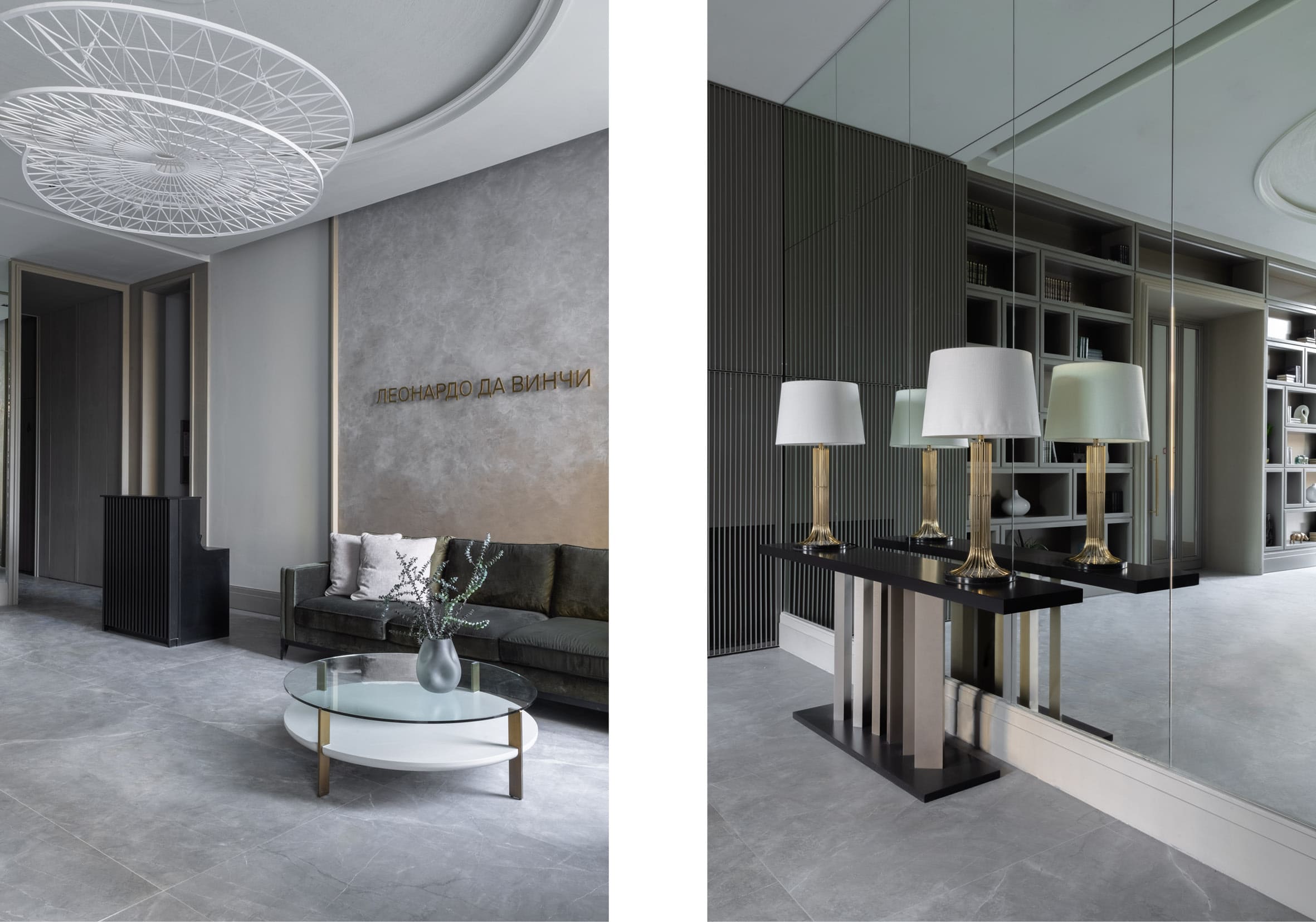 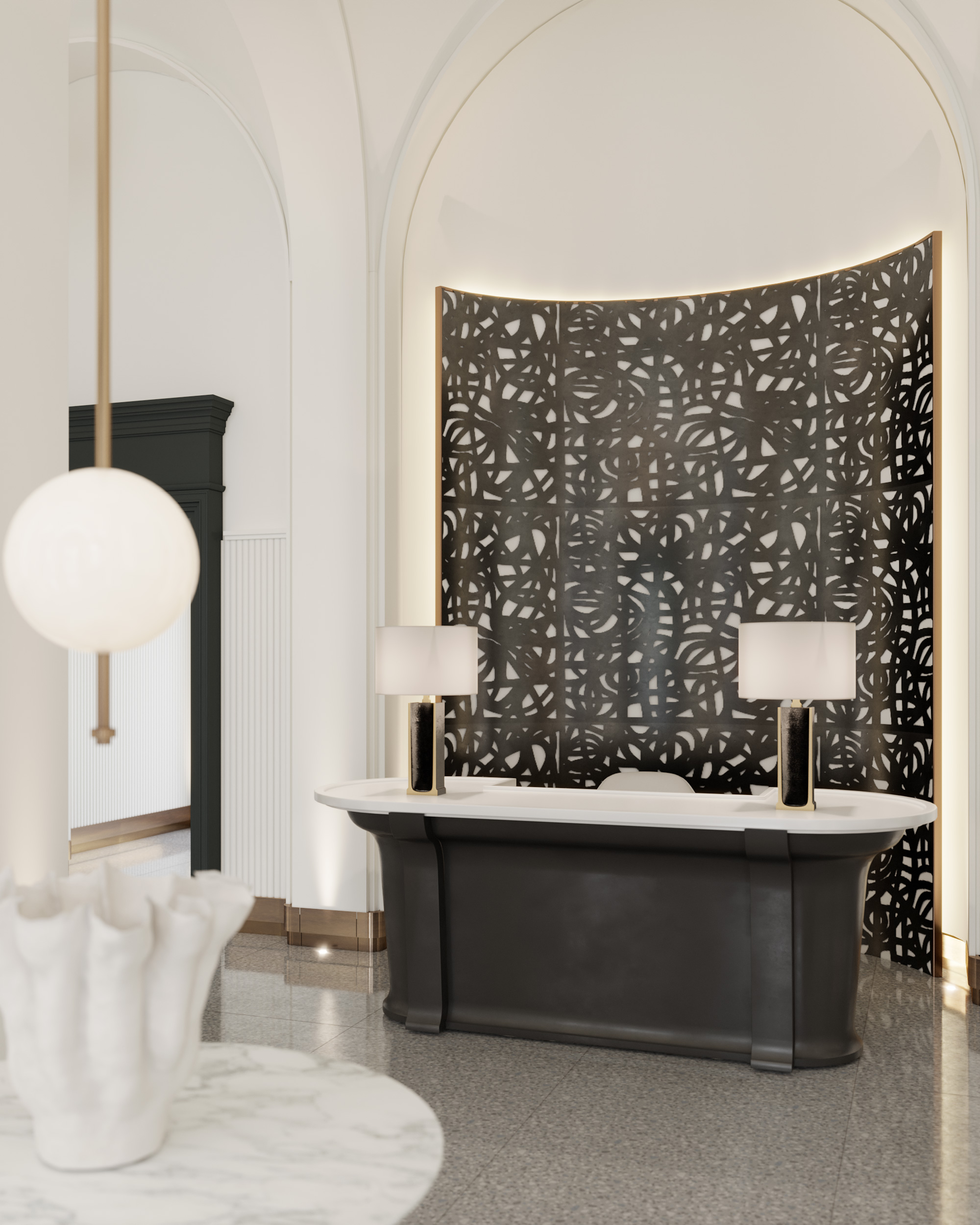 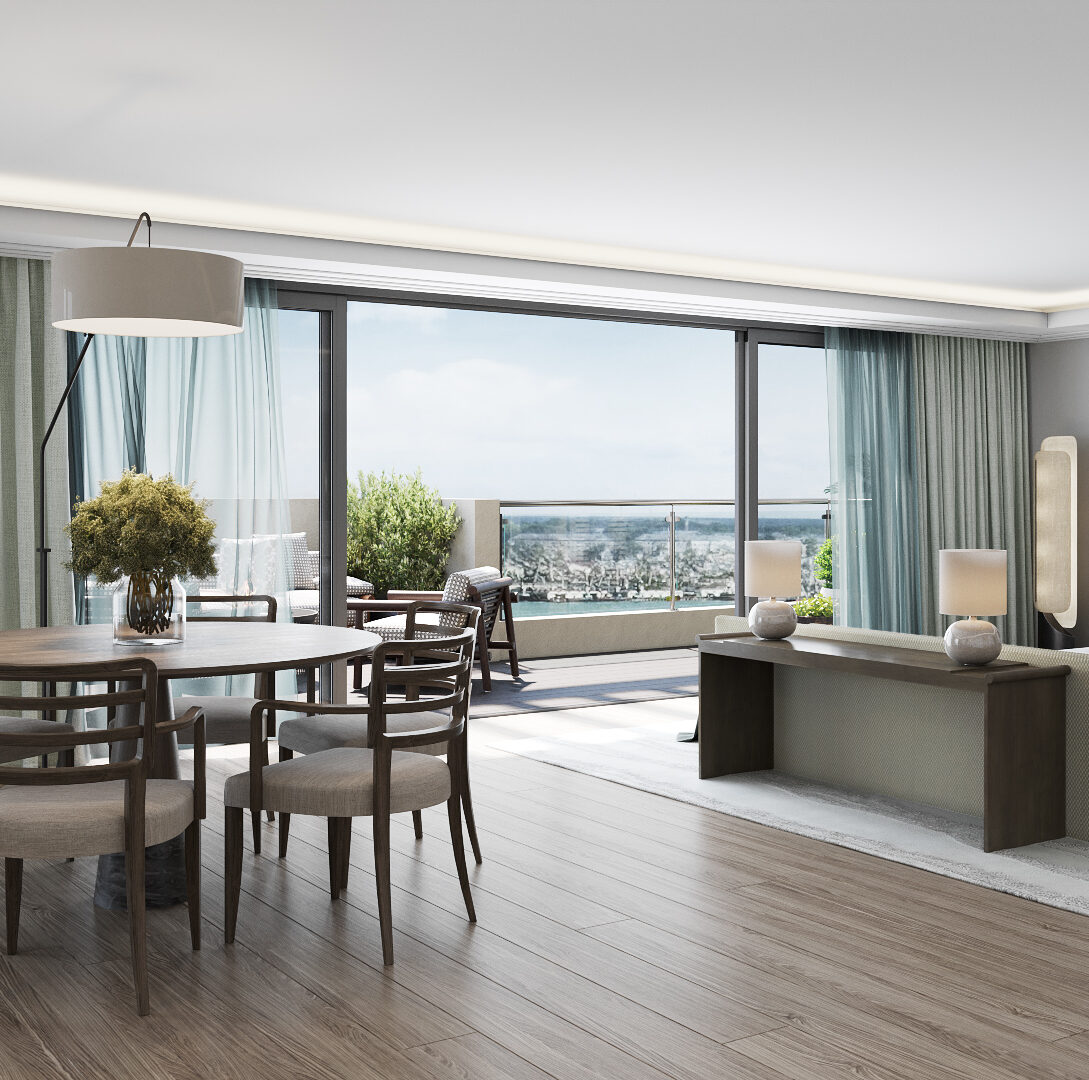 Penthouse in the French Riviera 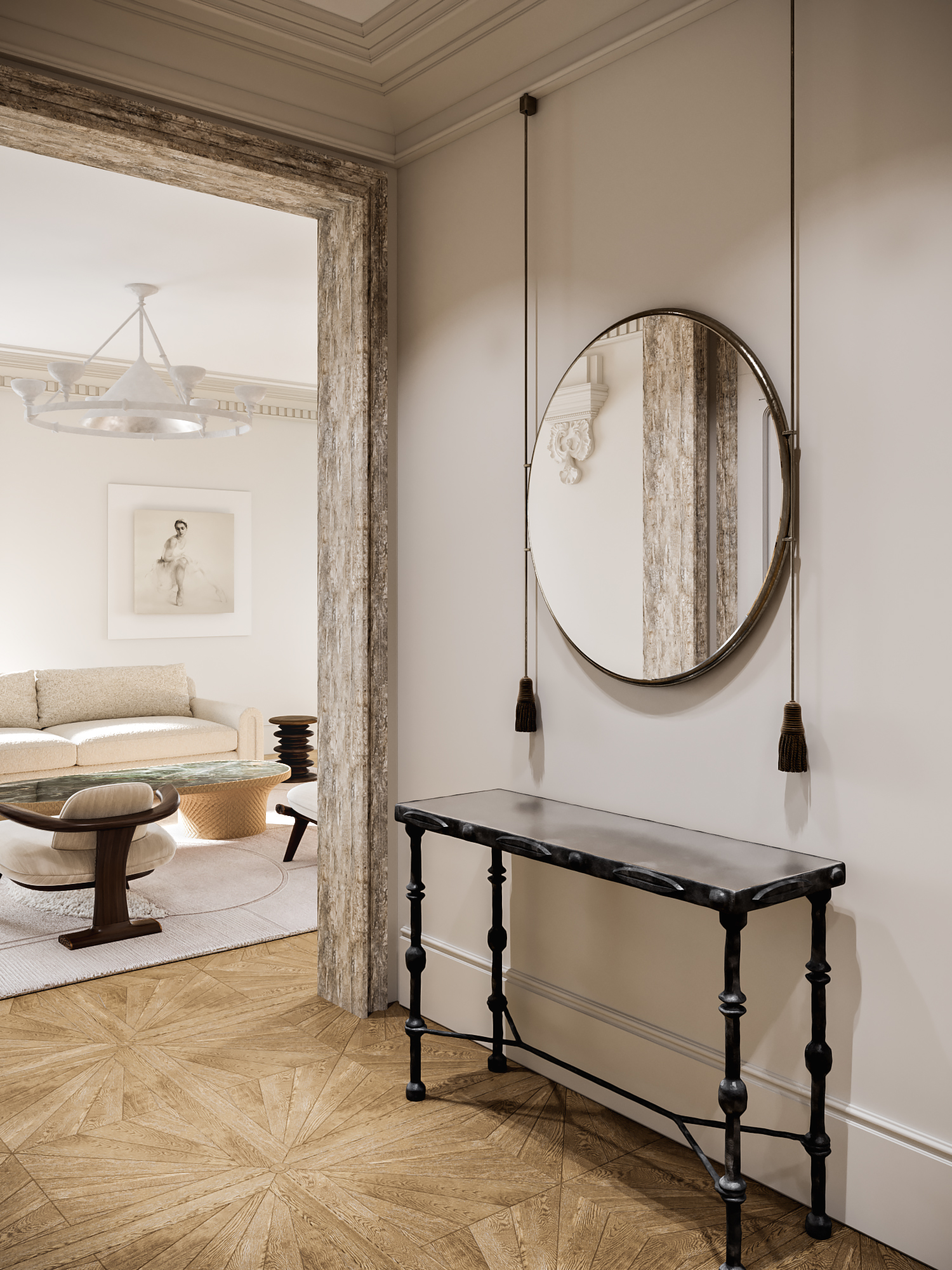