“A UNIQUE FEATURE OF THIS LIGHTING COLLECTION IS TO BLEND LUXURY, THE SIMPLICITY OF FORM AND THE COMPLEXITY OF TECHNIQUE.” 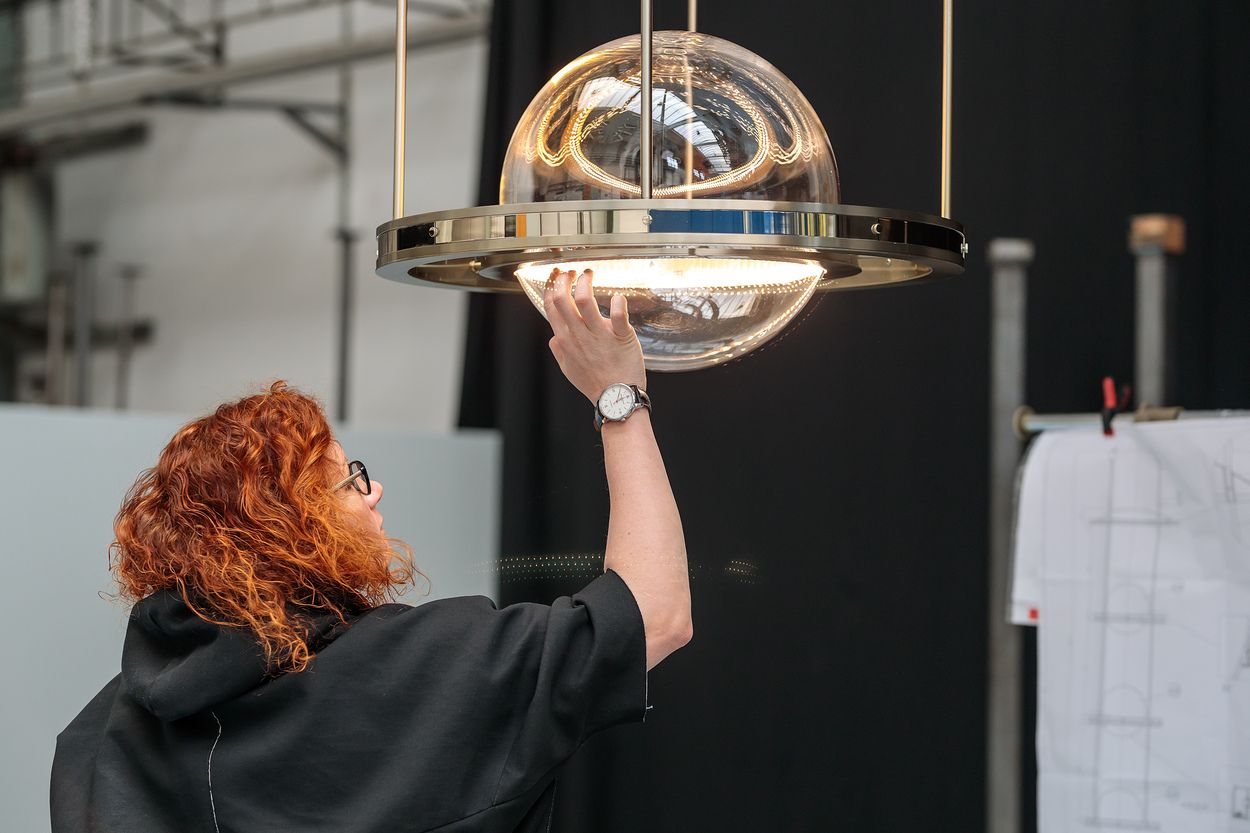 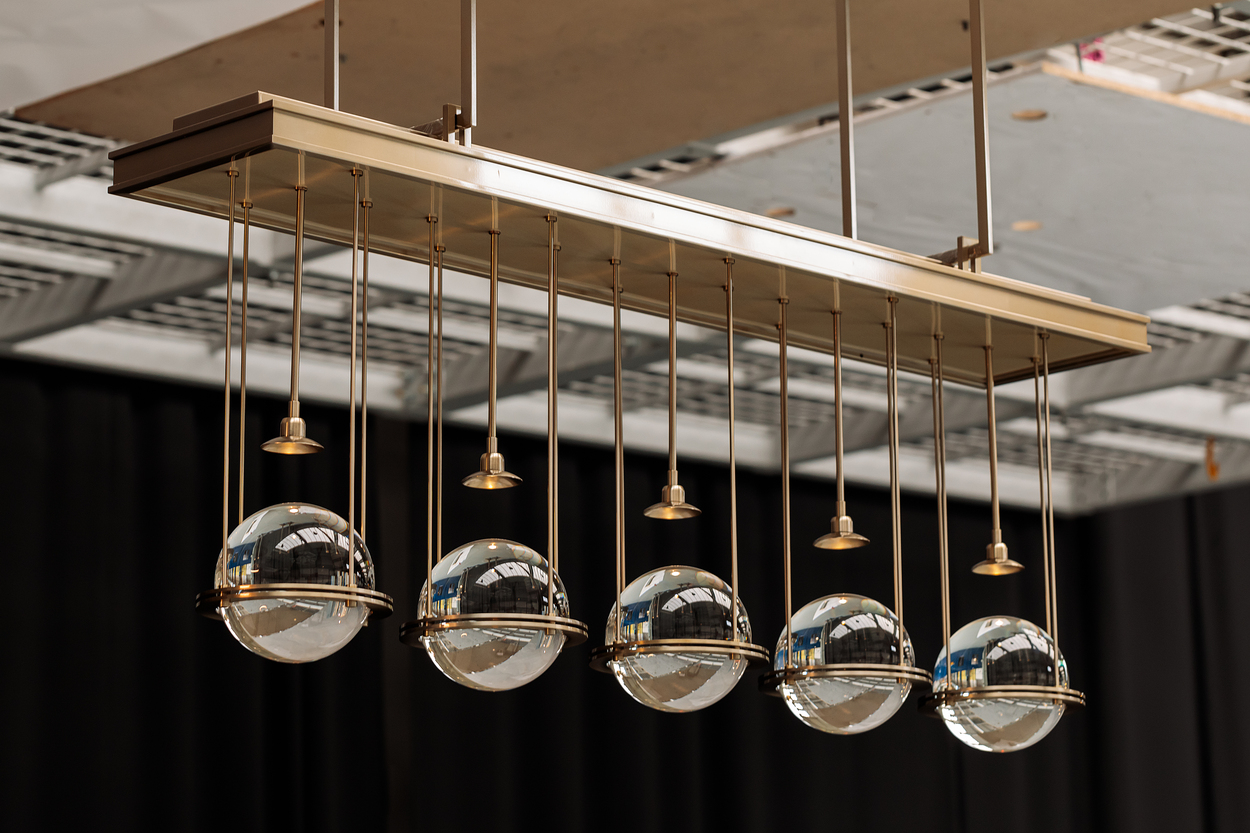 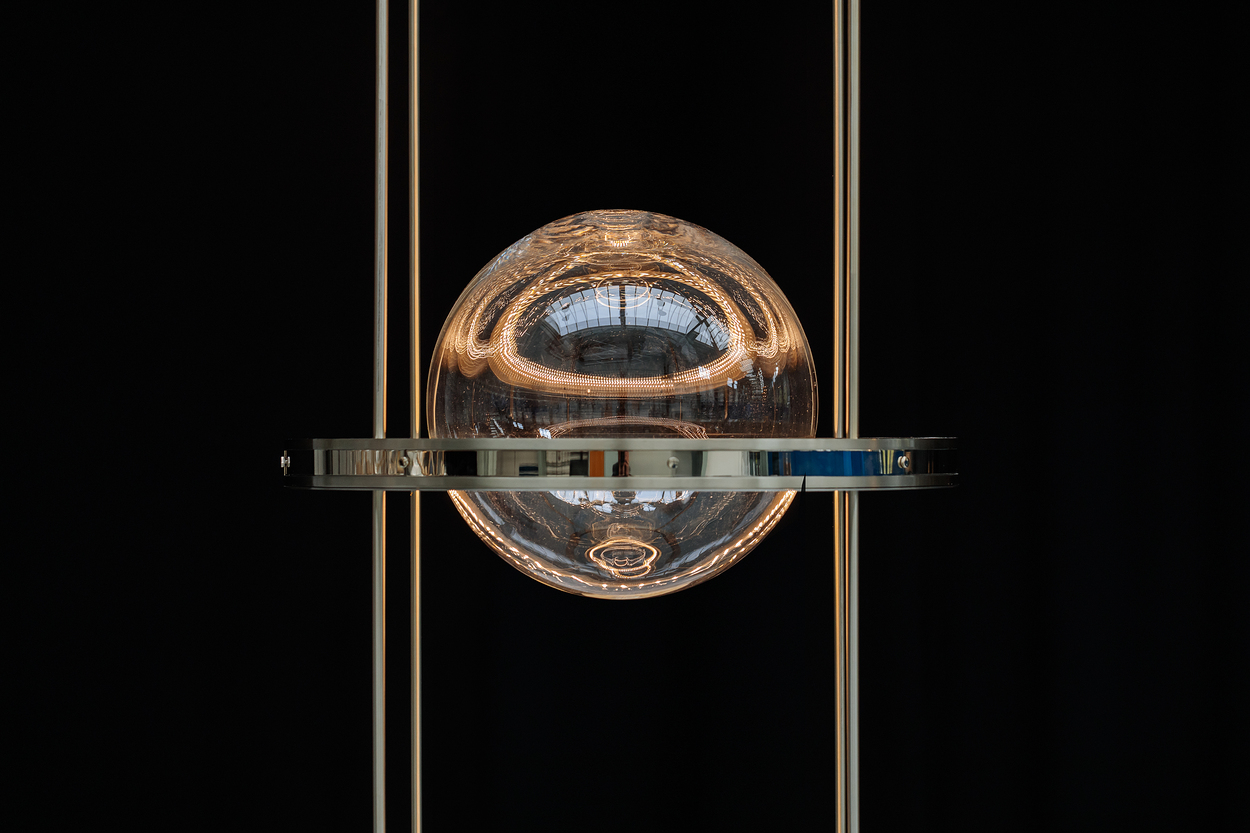 O&A London studio created a concept for the central zone, namely the entrance hall and staircases in one of the two buildings. In this exhibition space Oleg Klodt, the founder of the company, and Anna Agapova, partner and head of the design department, presented own author’s lighting collection produced in collaboration with Preciosa Lighting. 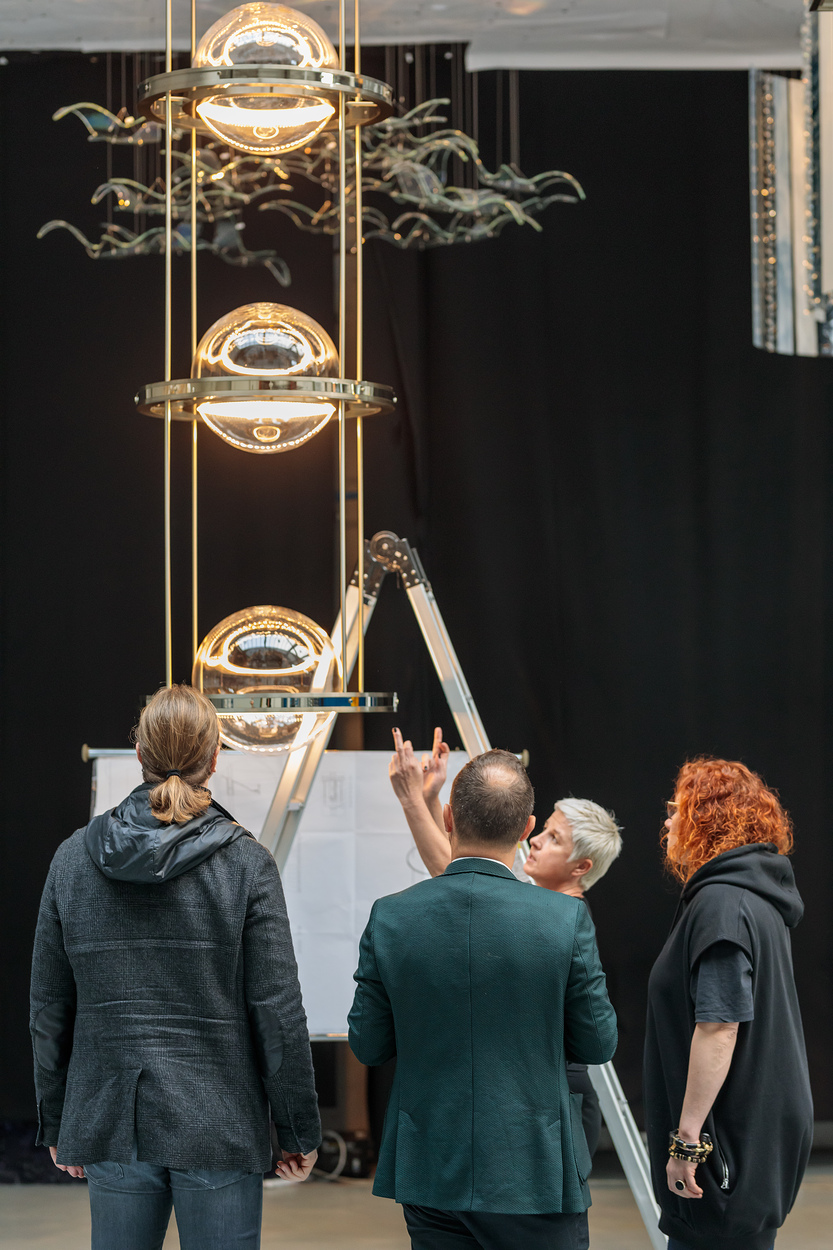 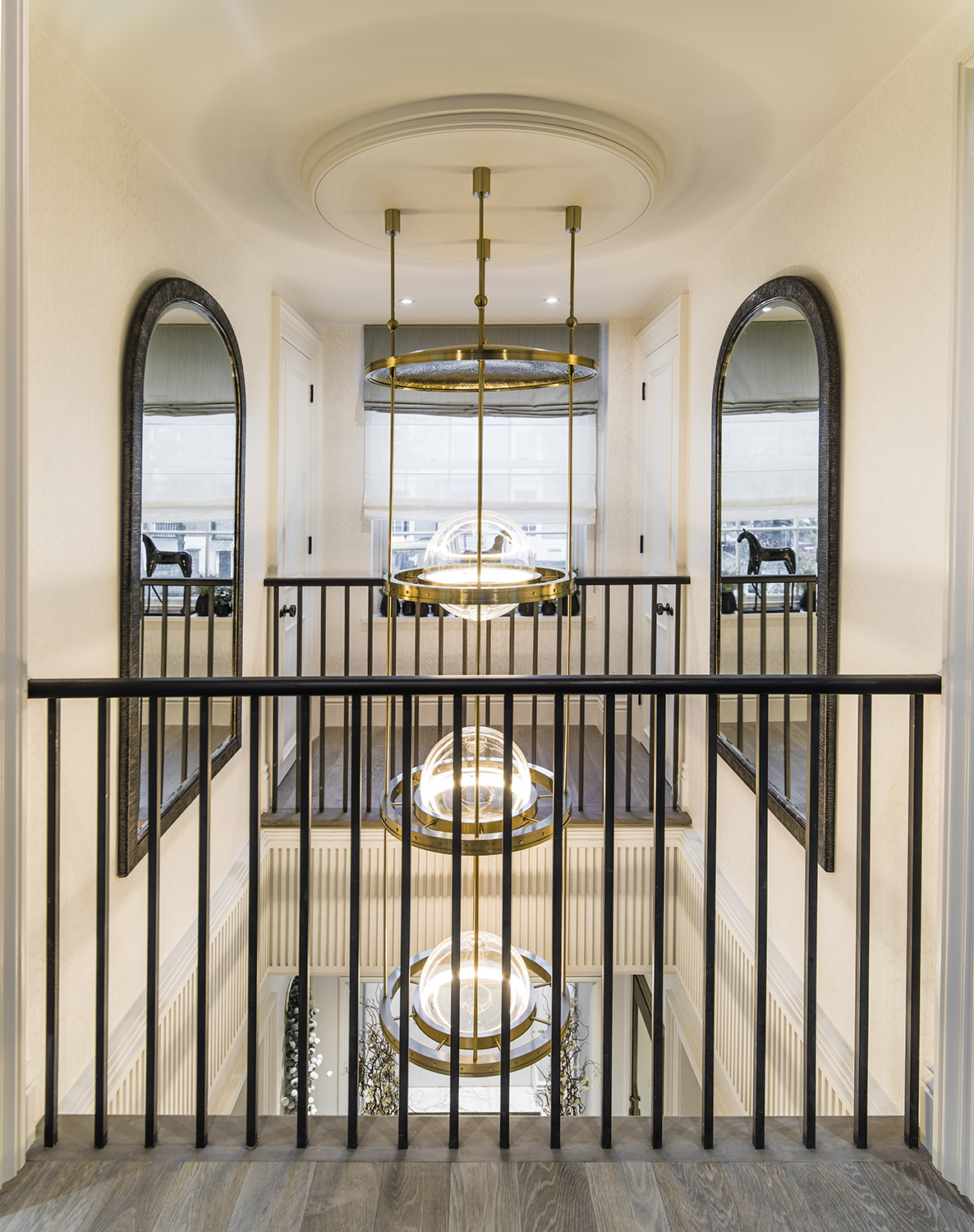 The minimalism and precision of Meissa can be traced back to the luxuriance of the Art Deco and late Modernism movements and the clean, sharp lines of Bauhaus. This is a light with the presence to be a centrepiece in any generous, high-ceilinged space, including atriums and stairwells. Light is refracted in the hidden depths of the sphere and casts a silky sheen in a delightful display of ‘chiaroscuro’.

“When we presented Meissa, we quickly realised that this chandelier would have lasting success not only among professional architects and interior designers but end consumers as well. In fact, British designer David Linley included Meissa in his project for the Four Seasons London” – comments Anna Agapova.

Meissa completely transformed the entire space of the house, becoming its central point. The light influenced the mood of the exhibition’s visitors by creating a relaxing and intimate homely atmosphere. Moreover, showcase visitors admitted the chandelier was the most stunning design product. It united people around it and was the heart of the networking that was happening at the event.

OUR AWARDS
For many years the Studio has been included in the top 100 best design studios of the world according to Andrew Martin – the Oscars of the Interior Design world. Show more

The International Design and Architecture Awards

From our O&A London furniture and lighting collection were shortlisted: the MEISSA chandelier, PICTOR II armchair and ALNILAM sofa.

From the O&A London lighting collection created by architect Oleg Klodt and designer Anna Agapova, the MEISSA chandelier has been shortlisted in nomination the Best Lighting Product.

Andrew Martin Designer of the Year

This is one of the most prestigious international awards, the ‘Oscar’ of the interior design world. Projects by Oleg Klodt were selected by the jury, and published in the Andrew Martin Design Review (Vol 21).

This award is presented by the British Design Society and we was successfully shortlisted into the Residential Design Over £1M category for the SBID International Design Awards 2017.

Our studio has won an award in the category of Interior Design Private Residence.

Two of our studio project were awarded Best Interior Awards 2020

Check our Projects
We create residential, commercial and hospitality interiors in many countries including the United Kingdom, Switzerland, USA, Spain, Russia, Uzbekistan, Holland and Latvia. 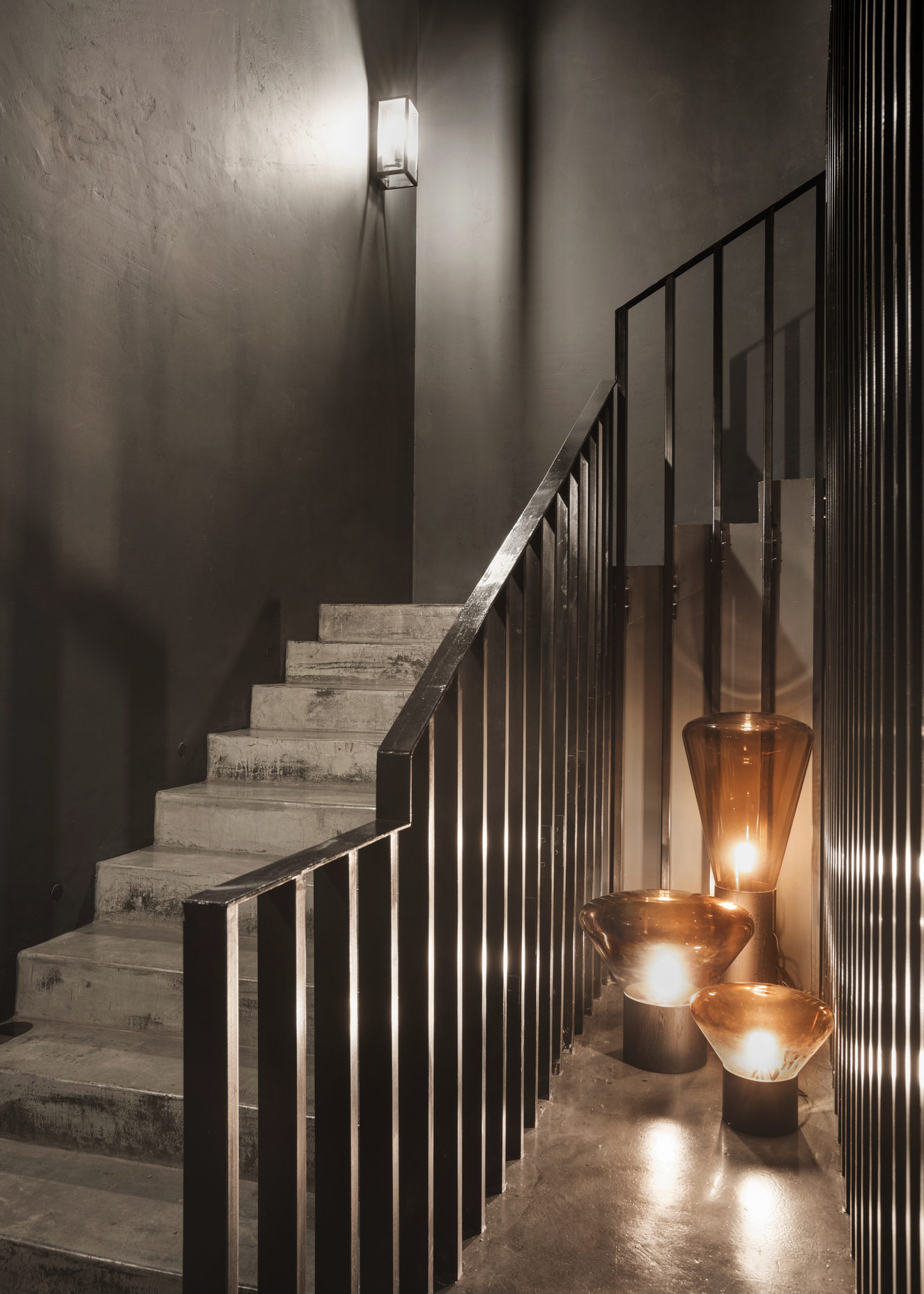 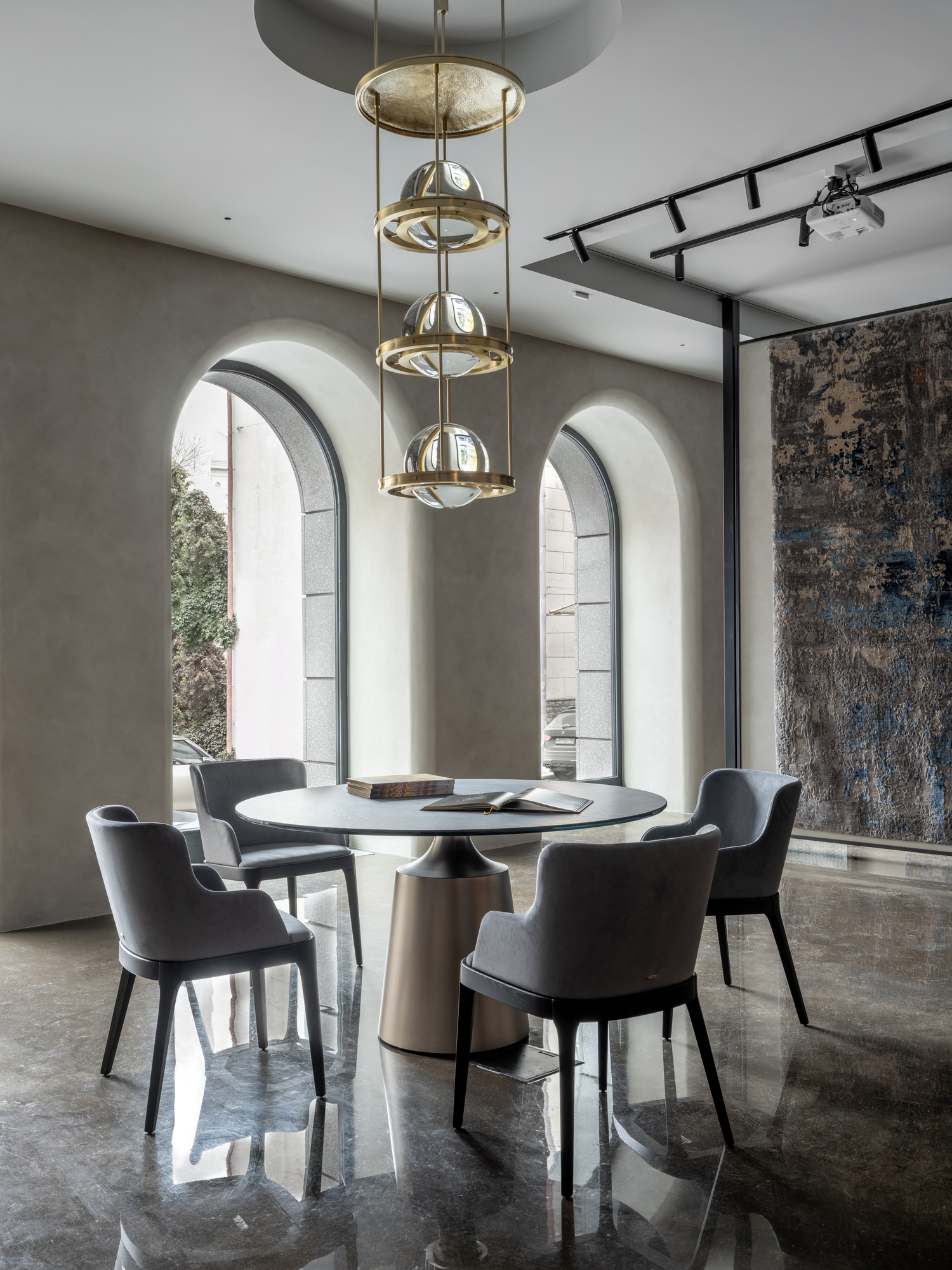 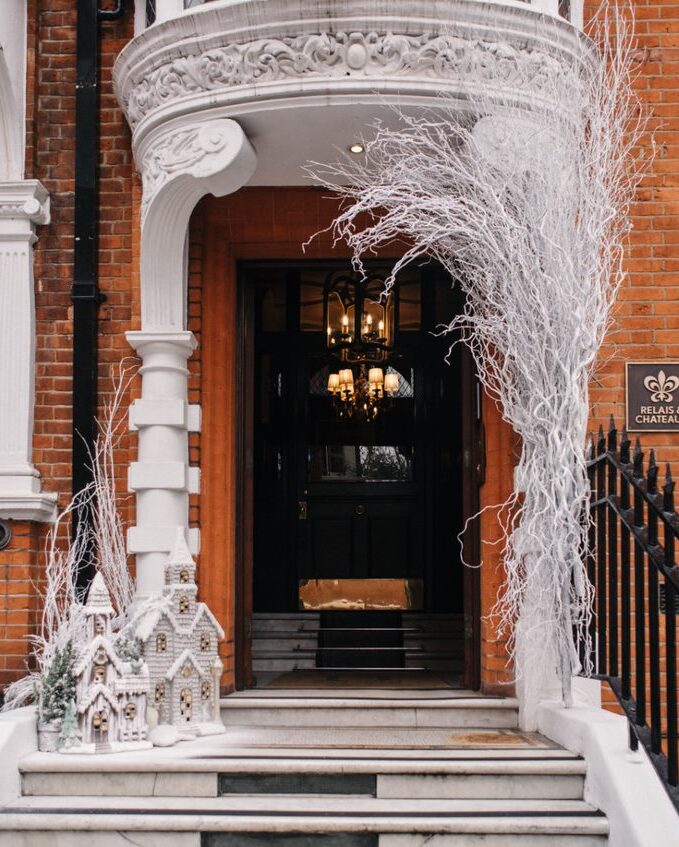 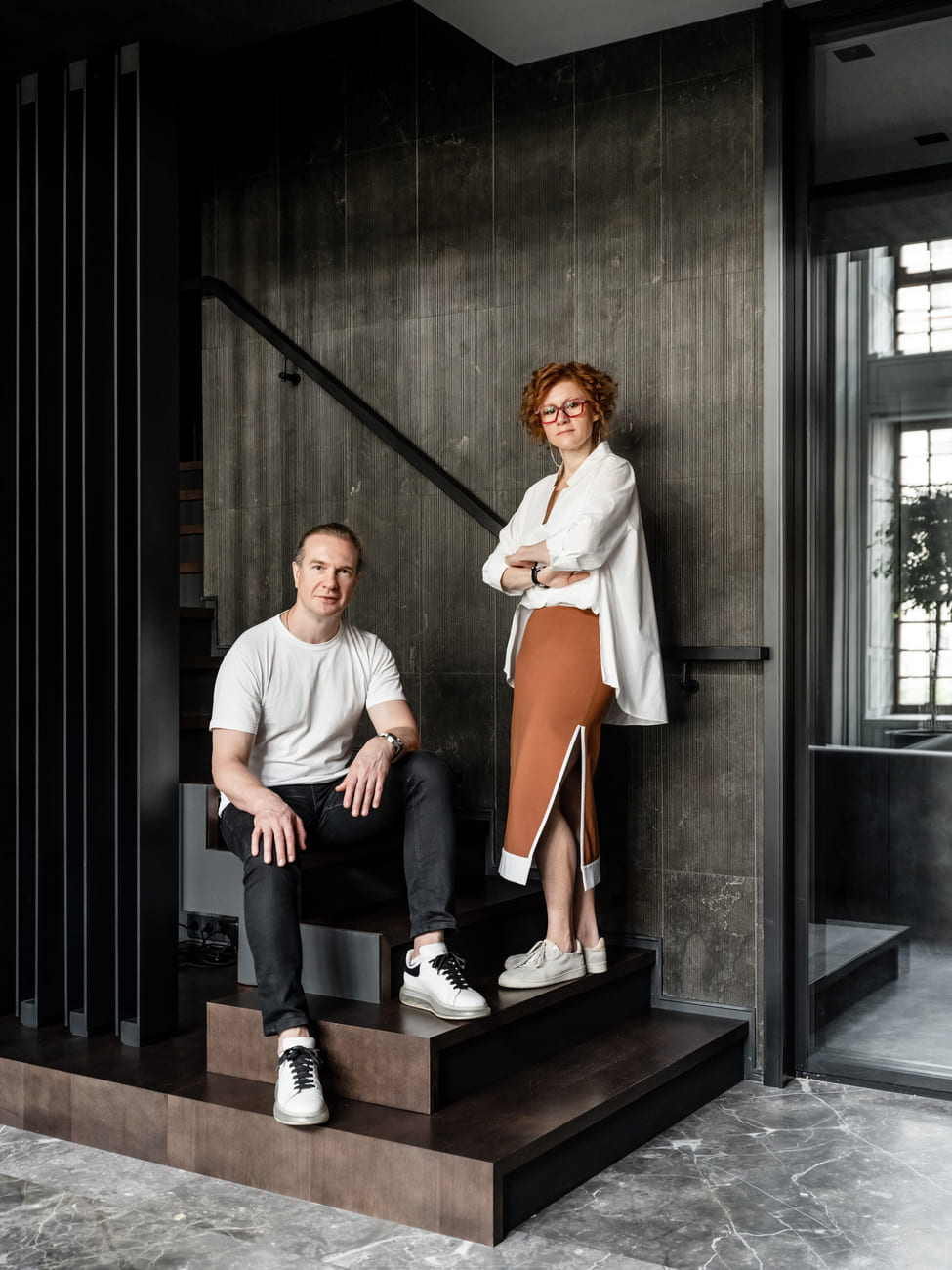